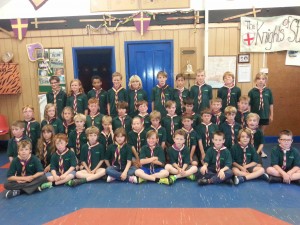 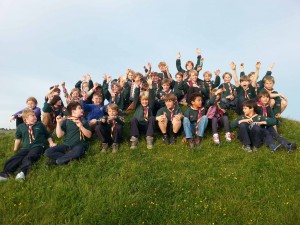 Cubs is the second section in the scouting family, after beavers and before scouts.  A cub is typically 8-10.5yrs old.

Why The Jungle Book?

When Baden-Powell started the Scout Movement for eleven to sixteen year olds, he found that the younger children wanted to join too. Soon after he started a section off to cater for them and based the section ideas and the programme activities on one of the most popular stories at the time – Rudyard Kipling’s Jungle Book!. This section was known as the Wolf Cubs and remained under that name until 1966, when it became Cub Scouts.

Beach Art/ Scavanger Hunt
Please meet at the Hove Lagoon, Kingsway, Hove BN3 4LX at 6.30 pick up at 8pm. Cubs can wear their own clothes and cub scarf please. We need 3 adults to help us. Please sign up or let Penny know. Plea…
Cub Summer Subs
HALF TERM NO CUBS
Bring your Bike & Helmet
Please can the cubs bring their bikes to the HQ. They MUST all also wear a bike helmet. If any adults can help to show the cubs how to mend a puncture please let Penny know. Please can the cubs bring…
Adventure Day at Knockhatch Adventure Park